#NewComicsDay is a light week as we close out November but that doesn’t mean Smurf is without his top picks for this weeks High Five. 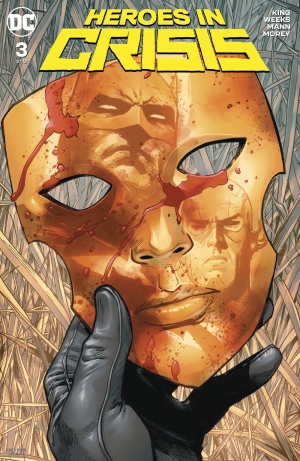 Heroes in Crisis #3> Tragedies deepen as more secrets behind the “superhero hospital” called Sanctuary are revealed! What compelled Batman, Superman and Wonder Woman to create it in the first place? How was it built? And if the hospital truly is alive via A.I., who – or what – is the brain of “Sanctuary?” Another layer peeled back in the biggest mystery woven through the entire DC Universe. (S) Tom King (A/CA) Clay Mann

Smurfs Take> Last issue was a stunner and doesn’t look to be an end in sight as the story starts to really get going. 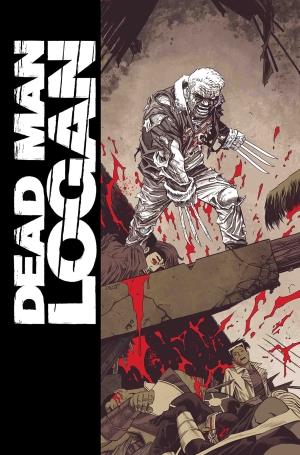 Dead Man Logan #1> DEAD MEANS DEAD.
The writing’s been on the wall for months now… Logan is dying. And he ain’t getting any better. Sick from the Adamantium coating his skeleton, his search for a cure has led to nothing but dead ends. But for once he’s actually trying to leave this world with some unfinished business… Can Logan take his last breath without slaughtering the X-Men again? Not if Mysterio has anything to say about it…
Superstar creative team ED BRISSON (OLD MAN LOGAN, UNCANNY X-MEN) and MIKE HENDERSON (DEADPOOL VS. OLD MAN LOGAN), with covers by DECLAN SHALVEY (MOON KNIGHT), is putting this old dog out of his misery with a bang! (S) Ed Brisson (A) Mike Henderson (CA) Declan Shalvey

Smurfs Take> Everyone knew this was going to happen with the return of our Wolverine. Marvel has it’s mind set on killing Wolverine no matter which one it is I had just thought it would have been a little less of a production is all. 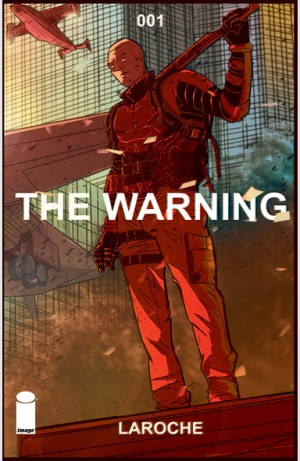 The Warning #1> An enormous machine slowly materializes in a major West Coast city. Who sent it—and why—is a mystery, understood only by the malevolent beings gliding silently toward Earth through the inky vastness of space. In response, a multinational combat brigade called Gladiator Two-Six is deployed. Outfitted with next-generation military science and weapons, they’re tasked with stopping any extraterrestrial threat that emerges. (S) Edward Laroche (A) Edward Laroche

Smurfs Take> Looking for something different this week to pick up? This is that book. I love the premise, or maybe I am in the mood for a could alien suspense story. This has all the right elements of a great page turner and story you can really get into. 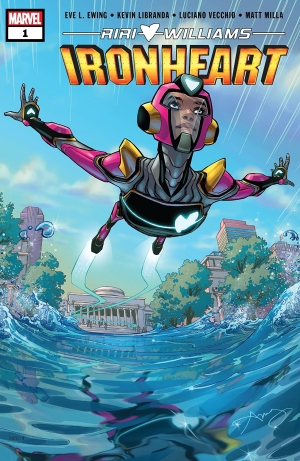 Ironheart #1> THE FORMER STAR OF INVINCIBLE IRON MAN HEADLINES HER OWN SOLO SERIES!
When a group of world leaders is taken hostage by one of Spider-Man’s old foes, Riri Williams will have to step up her game. And she’ll be stunned when someone from back in Sweet Home Chicago enters her life…  CHAMPIONS artist Kevin Libranda joins award-winning poet Eve Ewing, as Ironheart steps boldly out of Tony Stark’s shadow to forge her own future! (S) Eve Ewing (A) Kevin Libranda, Luciano Vecchio (CA) Amy Reeder

Smurfs Take> Not that long ago I thought Marvel was set to replace all of its main characters. Cap wasn’t Cap, Thor was unworthy, Hulk dead, and Iron Man gone. All set for the next age of heroes to continue the fight….Now I have no clue. I liked Ironheart, the character was well thought out and fit well into the story. I don’t know if I was impressed enough with her for a continuation of her story. To be honest I think I would be more interested in another War Machine series. 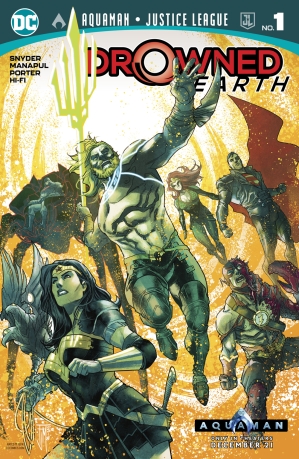 Aquaman Justice League Drowned Earth #1> “DROWNED EARTH” finale! Aquaman faces the truth behind Atlantis’ past and must find a way to reclaim the power of his birthright or watch the floodwaters drown everything he has ever loved! With the world at stake and the Justice League on their last sea legs in their battle against the Ocean Lords, Arthur makes the ultimate sacrifice to return balance to land and sea!   (S) Scott Snyder (A) Howard Porter (A/CA) Francis Manapul

Smurfs Take> Both Justice League and Aquaman have ben on a solid roll for me and the Drowned Earth story line is no exception. There is a lot more to it than just another Atlantis going to war with the surface dwellers. I know there is the big push for Aquaman with the movie but this has been worth the read. #Comics #DC #Marvel #Image #Top5 #SmurfsTake #5280Geek