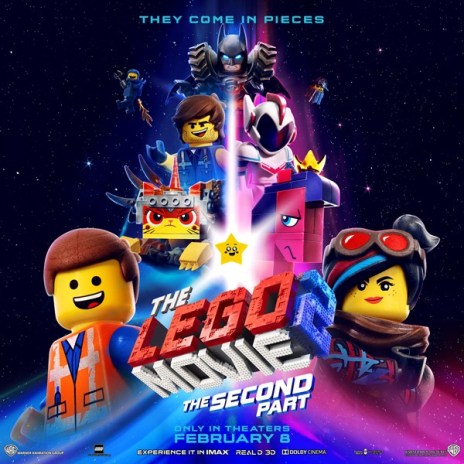 “Lego Movie 2”, the long-awaited sequel to the first Lego movie is here. I loved the fist one with all the innuendo humor and countless cameos it had with a look inside a boy’s imagination, it was a Blast! And of course, “Lego Batman” kicked the Lego franchise up another notch. So, what the heck happened to “Lego Movie 2”?

*The MEAT* The story was fast paced, and very rushed, quite frankly it was all over the place. I get what they were trying to do, but it was not executed well at all. Story is best described as *What was That? *

*The POTATOES* Will Arnett voices Batman again just perfectly. That was the only stand out performance that I liked and wanted more of. And the animation was not as good as the previous movies, seemed like a *Lower Quality* production all around

*The Verdict* Compared to the first “Lego Movie” and especially the “Lego Batman Movie”, this “Lego Movie 2” just does not come close to being as good. There wasn’t as many surprise cameos and clever jokes as the previous movies. Therefore, I cannot recommend seeing this on the big screen, it is a *Disappointment* to say the least. Save your money.