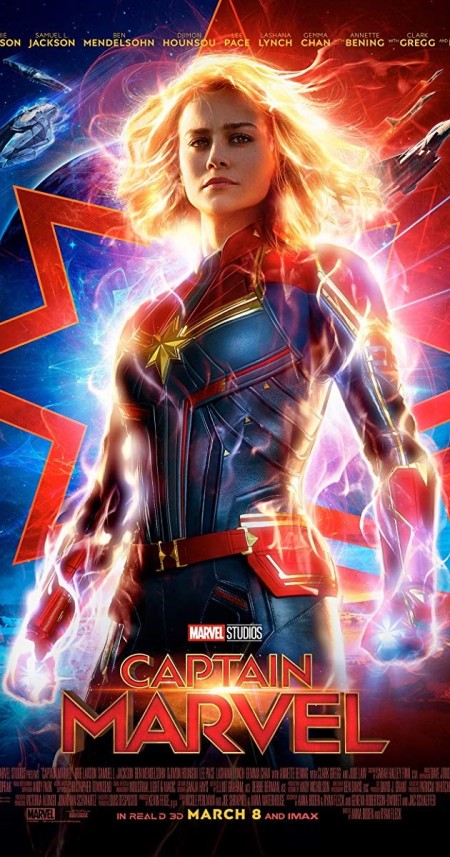 The first Epic. Popcorn flick of the year is here, “Captain Marvel” is the new Franchise from Marvel Studios. While “Captain Marvel” is the first female lead in a Marvel movie, the character Captain Marvel is really a fourth-tier character that has never commanded much attention in the comics. So, my review will be based solely on how it measures up to the *Marvel Movies* that have had so much success. They definitely have a formula.

*The MEAT* The story is *Okay* it works on most levels but does not live up to the usual Marvel storytelling or humor that we are accustomed too.

*The POTATOES* Academy award winning actress, Brie Larson does a good job as the hero Captain Marvel and Jude Law is always good. But Samuel Jackson’s portrayal of Nick Fury was disappointing. Not saying Jackson did a bad acting job, just saying this was not the Nick Fury we are used to. For that reason alone, I give it a *Okay* grade.

*The Verdict*” Captain Marvel” is an *Okay* movie, but I just can’t help but feel like it was missing something and that maybe they tried too hard making it, rushing to get it out. Judging “Captain Marvel” next to all the other Marvel cinematic Universe movies, I would put it at the bottom right above Thor 2 and Iron Man 3. Save your money for “Endgame” something tells me you’re going to want to see it multiple times.