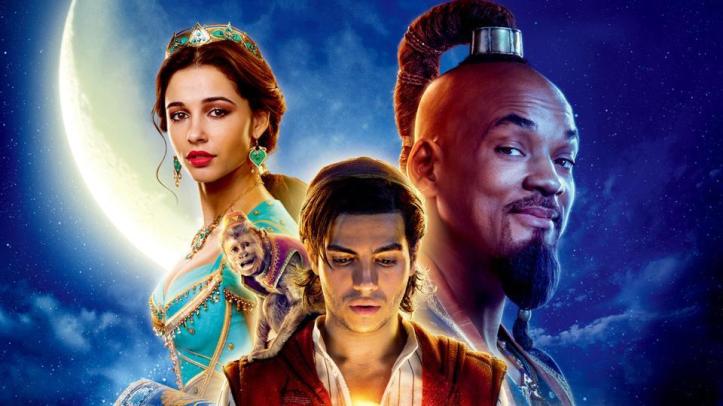 Disney is back with another live action reboot. This time it’s “Aladdin”. I know I was hard on Disney’s last reboot, “Dumbo” so I am seriously hoping they get this one right. But it doesn’t help that they did not bring Gilbert Gottfried back to play the Parrot again.

*The MEAT* The story is the same as the cartoon with one small change at the end that has caused some controversy and discussions, but I had no problem with it. So, it is a *Good* story and one that teaches good lessons. It should also be said that Guy Ritchie did a great job directing this movie too.

*The POTATOES* The big question everyone was concerned with was, can Wil Smith fill the great Robin William’s shoes as the Genie. Well of course not, but Wil Smith still does a *Great Job* as playing His version of the Genie, in fact I noticed whenever the Genie was on the screen, all the kids in the theater payed real close attention, they loved him. I was also impressed with Mena Massoud as Aladdin too.

*The Verdict* “Aladdin” turned out to be a *Fun Time* at the theater. It had a great mix of action, humor and visuals that equaled the original cartoon. But I especially liked that they had all the singing and dancing that is why I that made the cartoon so much fun. And that’s why I do recommend this film to see on the Big Screen with the whole family, It is good times.

Ps. I still wish Gilbert Gottfried was in it though.  lol