#NewComicsDay is here at last and Smurfs High Five is sponsored by All C’s Collectibles. Who has all of these and more waiting on the shelves for you be sure to mention this at checkout for a discount off your purchase. 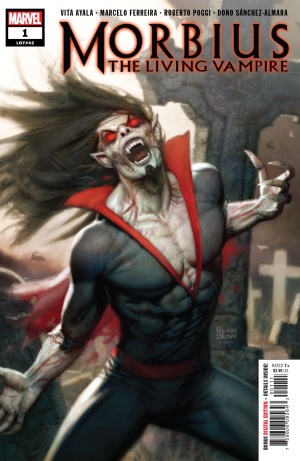 Morbius #1> MORBIUS IS THE LIVING VAMPIRE…OR IS HE MORE?
ALL-NEW ONGOING SERIES!
For years, Nobel Prize winning biologist Michael Morbius has been struggling to cure himself of his vampirism, and now, for the first time in years, one may be within reach! But the path to it is littered with dangers and worse! (S) Vita Ayala (A) Marcelo Ferreira (CA) Ryan Brown

Smurfs Take> This took a lot longer to come back around than I thought it would. The potential for this character in a comic book code free world is endless. 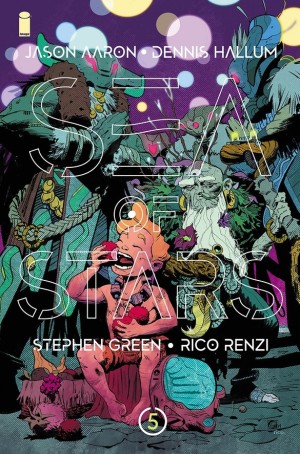 Sea of Stars #5> END OF STORY ARC! “LOST IN THE WILDS OF HEAVEN,” Conclusion-On a mysterious lost moon, Kadyn begins to unlock the secrets of the strange war club of the Gods that’s become a part of him. Meanwhile, has his imprisoned father Gil finally given up all hope? The hit sci-fi series concludes its first story arc! (S) Jason Aaron, Dennis “Hopeless” Hallum (A/CA) Stephen Green

Smurfs Take> This has been a fun story, I have enjoyed it and has been the right mix of everything non-superhero comics should be.  Image continues to produce some great stories and content that keeps the reader engaged, entertained, and thinking. Big Win! 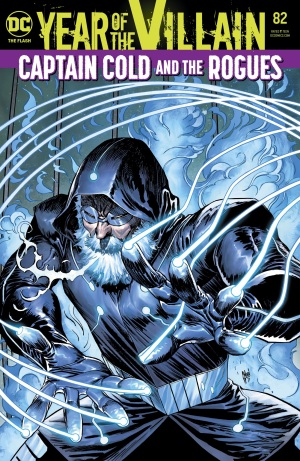 Flash #82> “Rogues Reign” part one! The speed force is dead, doom has gripped the earth, and the FLASH lives in a nightmare! Powered-up by Lex Luthor’s offer, Captain Cold led his team of Rogues to ultimate victory over Central City. Through the might of Mirror Master’s amplified abilities, the rogues have re-shaped reality itself into their own kingdoms of cruelty – Heat Wave’s volcanic territory, Weather Wizard’s floating armory of the elements, and at the center of it all, the icy castle of Captain Cold. But with the villains stealing the show, why is the greatest threat to their reign one of their own? (S) Joshua Williamson (A) Rafa Sandoval (CA) Guillem March

Smurfs Take>I always considered Mark Waid’s run on the Flash one of the most successful and compelling of the series. Taking Wally West from sidekick status exploring different aspects of his powers compared to Barry, to the far flung future and the edges of the speed force. I have always considered it the golden age for the Flash until now that is. The ride we have been on for Flash has been nothing short of amazing with some of the best villains and now it looks like they won. 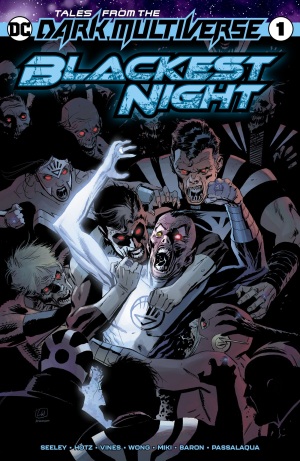 Tales From The Dark Multiverse Blackest Night> What could be blacker than the Blackest Night? From the pages of Dark Nights: Metal comes a Dark Multiverse retelling of the Green Lantern event that changed the DC Universe forever…only this time, the Black Lanterns win! Now, 23 days after the apocalypse, witness the rise of Sinestro as the Limbo Lantern! Trapped between life and death as a White and Black Lantern, Sinestro seeks to save the universe-or end his miserable life-once and for all! Joined by Dove, Lobo, and Mister Miracle, the last living beings in the universe will put everything on the line to give their world one final chance. (S) Tim Seeley (A) Kyle Hotz, Dexter Vines (CA) Lee Weeks

Smurfs Take> I have wanted to know more about this world that’s for sure. This looks awesome and should be a hell of a read! 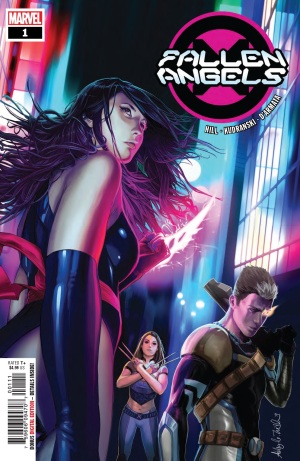 Fallen Angels #1> THE DAWN DOES NOT BREAK FOR ALL!
Psylocke finds herself in this new world of Mutantkind unsure of her place in it… but when a face from her past returns only to be killed, she seeks help from others who feel similar to get vengeance. Cable and X-23 join Kwannon for a personal mission that could jeopardize all Mutantkind! (S) Bryan Edward Hill (A) Szymon Kudranski (CA) Ashley Witter

Smurfs Take> I don’t know what to expect from the launch off of all the new X-Books. I know Marvel has made it their new focus to bring this back from the dead. To be fair they are the ones that put them there and face it did a great job of it. So when I see a title like this with characters I like or interested in it pulls me in. It could be great, the art looks fantastic and the story has me curious enough that I want to know more. Maybe this one will be worth the gamble and see me come back for issue two.