Chronicles of a Geek

It was January 3, 1993, when the world was first introduced to “Constable Odo”, the beloved shapeshifter on “Star Trek: Deep Space Nine”. Consummate actor Rene Auberjonois portrayed this fan-favorite character who mesmerized us with his almost co-dependent relationship with Quark as well as his mysterious background emanating from the new Federation threat, the Dominion. It was a seven-year ride on this incredible series which featured Star Trek’s first multi-episode story arcs. A few days ago we lost this amazing actor with well over 200 iMDb credits. He first came into the public eye from the long-running sitcom “Benson” but his storied career included appearances on genre shows and movies like “The Bionic Woman”, 1976 “King Kong”, 1979 “Wonder Woman”, “Batman Forever”, “Stargate SG-1” and as the voice of everyone’s favorite Chef Louis in Disney’s “The Little Mermaid”. His additional “Star Trek” contributions include the duplicitous Col. West in “Star Trek IV: The Undiscovered Country”, a guest star role on “Star Trek Enterprise” and as a director of numerous episodes of “Star Trek: Deep Space Nine”. 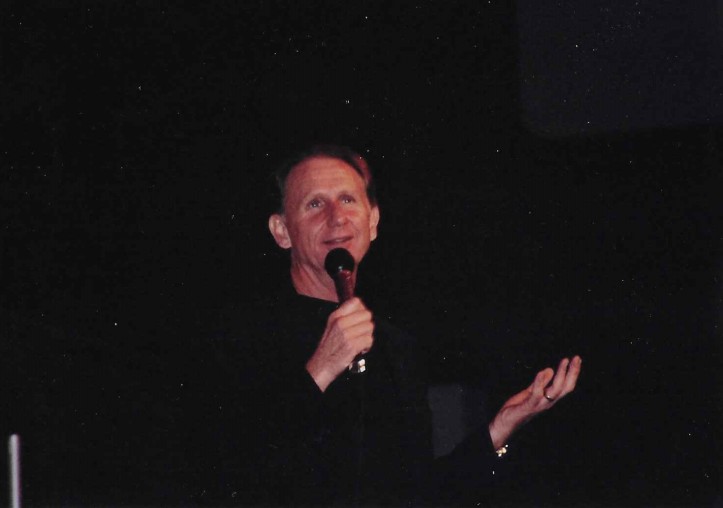 KathE and Stephen Walker first brought Rene Auberjonois to Denver to be part of their September 1993 Starcon convention just eight months after the premiere of “Star Trek: Deep Space Nine”. He regaled the audience with stories from the “Star Trek: Deep Space Nine” set and surprised everyone by singing “Les Poissons” from “The Little Mermaid” at the behest of a young fan!

I was later to meet Rene Auberjonois in an autograph line during the convention. He loved his fans and always treated all of us with great kindness. Over the years, Rene raised money for charities like Doctors Without Borders by sketching Odo’s Bucket cartoons for fans. I was more than happy to support Rene’s efforts!

The Walkers brought Rene Auberjonois back to Denver one last time for Starfest in April 2017. He was happy to sign a 9-inch Odo action figure for me and thoroughly entertained fans with a Q&A session on the Starfest Main Events Stage. Rene told the story that when he went to audition for the role of “Odo”, a casting person came out of the room and told him “nobody’s been grouchy enough!” So Rene’s first line during that audition was “Quark!” in a lower gravelly voice and he immediately landed the part! Once again Rene thrilled the audience by singing his classic song “Les Poissons” from “The Little Mermaid”. With that song, my wonderful experiences as a 25-year-fan of Rene Auberjonois came full circle. I’m happy to include the video segment I recorded. RIP Mr. Auberjonois.