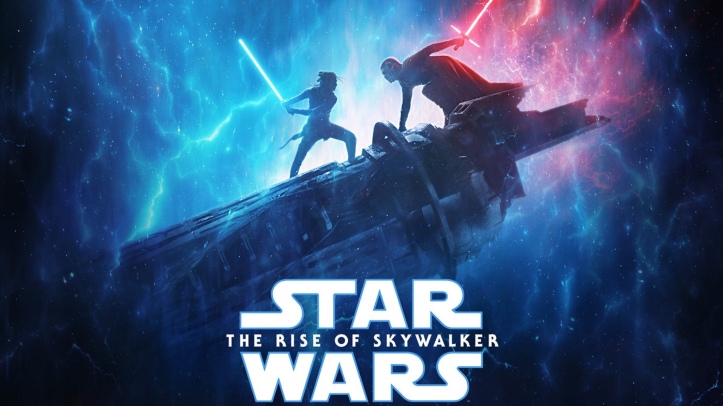 After a lifetime of waiting and a lot of disappointments, the 9th and last Star Wars trilogy movie is out “The Rise of Skywalker”. Now, of course I already recommend seeing this in the theater, Its STAR WARS for crying out loud! With the special effects and John Williams music alone makes it big screen worthy. Full disclosure; I was that kid, standing in line outside the Cooper theater on Colorado Blvd in 1977, then waiting over 8 hours to catch “Empire Strikes Back” at the same theater in 1980 opening weekend. I am very biased when it comes to Star Wars, it’s a nostalgic part of my life therefore my opinions are biased, but I have been pretty negative with everything since the original trilogy and I don’t see that changing with this new one. Let’s hope I’m wrong. I will give two opinions here, as a Star Wars Fan and as a movie fan.

*The MEAT* The story *Sure Tried* to tie up all the plot holes that was created through the two previous movies. But, by doing so just caused more questions that will leave the Star Wars faithful arguing for the next 30 years.

*The POTATOES* The acting was just as good as all the previous movies good and bad. That said, I thought Daisy Ripley did a great job as Rey.

*The VERDICT* “Rise of Skywalker” does succeed in the space battles and light saber fights that is a must for all Star Wars movies and it does its best to wrap up the Skywalker saga. As a lifelong Star Wars fan, *I liked it* and found it entertaining. I would say it was better than the last 2, but it is definitely no “Rogue One”. As just a movie fan, I can see where this was just too confusing to follow and will be frustrating to you for sure.