I have put this one off for long enough, also had to get back into the super hero mode. I thought about leading with this title but seemed too obvious to me and if we have talked you would already know this would be one of the first recommendations out of my mouth. The series is in my top 3 all-time favorite for a number of reasons and the big main reason is because of the impact. Not to the publisher, other characters or the story lines to follow but a personal impact. I’m sure you have had this happen as well and maybe more frequently then me but the first time I read this I was moved, and actual emotional state. The story was something unexpected, exposing sides of the character we had never seen, and left wanting more but almost scared to see what that would look like. To put it simply, I was stunned. 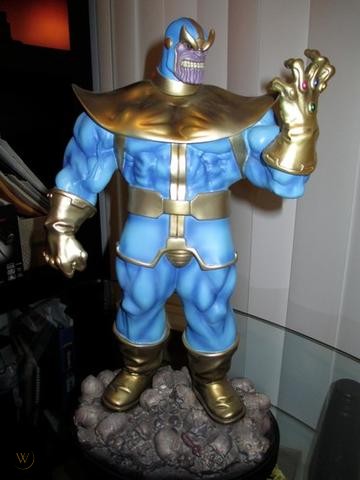 Key Points> 1990 saw some amazing stories, the return of characters, and a surge in the comic world for readers and collectors alike. There were still some comics however that slipped in under the radar or they just didn’t produce enough of them underestimating the demand. Marvel Two in One Annual number two we saw Thanos die figured that was it and was forgotten, so when Jim Starlin and Ron Lim brought him back in the pages of Silver Surfer there were mixed reviews and shocked fans everywhere. Then came the follow up to it with the Thanos Quest and changed everything, forget what you think you know about the infinity stones this is the inspiration and foundation for the Marvel cinematic universe we all know and love. Thanos goes on this mad quest to collect al of the stones from whom ever has them at any cost showing us just how dangerous and tactical he can be. You are exposed to the wonder of the stones as you realize their potential along with Thanos as the story and his quest pull you in. Anxious with every turn of the page to see who is next on the list, can Thanos be stopped because no way will the cosmic guard allow this to happen but this is the first time that I can think of you are cheering on the villain and he wins in the end. The art Ron Lim delivers is phenomenal, best of his career (next to his run on Surfer) for this two issue prestige format. Starlin giving us a story that throws us into the cosmic deep end of Marvel with the turn of a couple of pages. The characters were familiar sure, but there are no major mainstream characters and for the most part a bunch of unknowns at the time and I think that was part of the allure helping the story. You have a real sense of consequences with no one being “safe” as the body count starts to add up.

Negative Zone> The Thanos Quest in my mind is absolute perfection. Maybe it’s the fanboy in me? Maybe I don’t want to see the flaws and cracks even if I was hard pressed to find them. The one down side to it was all of the Infinity nonsense it spawned years later, not talking the Infinity Gauntlet series but everything after that just doesn’t compare. I know the films took a lot from this series and made it their own but I don’t think at the cost of this story and you would walk away with a deeper appreciation of what was accomplished here. The issues are easy enough to find out in the wild, number two of course the more difficult but they have produced a number of trades most including the Infinity Gauntlet but you can find this with just the two issues easily.

We are sponsored by All C’s Collectibles who are open to the public again and next week it’s DC’s turn as I talk about the story that had the same effect but for different reasons, so till then stay safe and always stay geeky.