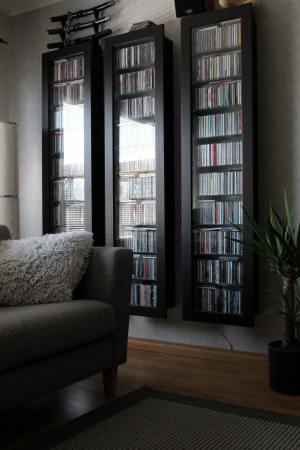 We’ve got this extensive CD collection in our home.

Lots of the discs date back to the early to mid nineties. Many of you reading this know exactly what I’m talking about.

Our collection includes all our favorites from yesteryear. There’s well-known artists like Wu-Tang, Rage, Jimi, and Johnny. There’s also a ton of the more obscure. There’s bands that are now defunct, as well as those that only released one or two albums that were works of art.

You could find rock, folk, rap, electronic, you name it. It’s likely it’s represented on one of our three towers or inside of our ridiculously large disc binder. As I said, it’s an extensive collection.

But we never listen to CDs anymore, so why are we keeping them?

We still own a VCR.

It’s plugged into our flat screen and surge protector like we may use it again some day. It’s slowly sucking down its vampire draw of power.

Since we still have that VCR it stands to reason that we still own a few VHS cassettes. It’s true. But we haven’t personally watched a single video tape in around a decade.

Of course there’s DVDs too. Due to modernity, streaming, and on-demand video services, we only watch those 4.5 inch silver discs when we’ve already subconsciously decided we can live without them. We give each DVD one final viewing before saying goodbye and it’s off to the online marketplace, a used media store, or a free bin drop-off somewhere.

We still have a few GameCube games too. We have a copy of Panzer Dragon Orta for the original Xbox. We even still own my old mod-chipped original PlayStation. . .

There was a friend I had in high school. His name was Lyle. Lyle used to burn pre-release and banned video games for me. He used to pirate music a week or two before it came out. He burned those off for me too. We still have a few of those copy discs as well.

Lyle was a sweet friend. It sure was a different time back then.

Our PlayStation hasn’t been plugged in in about five years. Our GameCube and Xbox game cases haven’t been opened in longer than that. Why are we still keeping them? 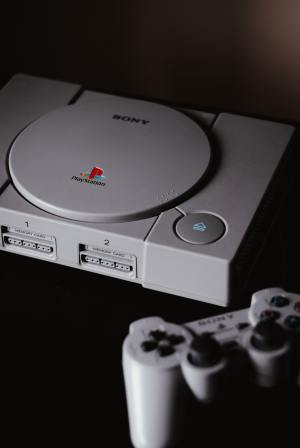 What does one do with a modded PS One today anyway?

It seems destined for a landfill in the near future where its raw materials will outlive any us by at least five hundred years.

What should we do with the long boxes of comics I collected over the decades. Smurf and the team at Time Warp Comics in Boulder sold me my pull books every week for about two years. Many of these comics I read once, some not all. I may never read any of them again?

What about our trading card collections? They were organized so meticulously all those years ago. We’ve barely glanced at them since? You get the idea. . .

If you’ve been reading The CUT for some time you know exactly what I do with all the material possessions my wife and I have moved passed. If you happen to be one of the uninitiated, I try to resell as much of it as possible.

Sometimes the plan works. I sold a few sets of baseball cards last week. I even sold a Bart Simpson vinyl figure for over three hundred dollars earlier this month. . .

But more often these formerly cherished possessions get listed for sale then get shifted into a bin or another shelf in our house where they lie waiting to be released from the purgatory that is my unwillingness to just let it all go. . . 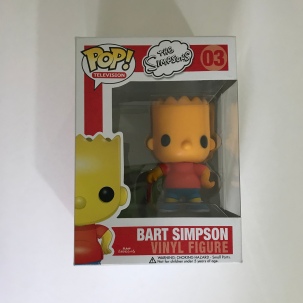 Aside from psychologically being willing to part with these once shiny objects, I’m no better off than I was before I invested all the additional time, effort, and emotion into putting these goodies up for sale.

Today everyone is blessed with modern technology. Outlets like eBay, Etsy, Craigslist, and Facebook Marketplace allow us to recuperate a modest percentage of what we squandered away on all the collecting over our lifetimes. We are also blessed to be able to hold yard sales and to rent spaces at local flea markets too.

There are second hand retail and thrift stores as well. 2nd & Charles, Plato’s Closet, Goodwill, and Arc are willing take the material possessions we just don’t want anymore. Thanks to them, a lot of our clutter doesn’t have to end up at the curb for trash pickup.

Despite the insane amount of stuff we own, we’ve gotten better at not acquiring new things, and of letting go of our unused old possessions. we rarely buy luxury items or make frivolous purchases anymore, with notable exceptions for food and travel, and the latter is indefinitely on hold for now.

We refrain from scooping up things just because they’re free, as we used to. And we no longer spend more than we can afford.

Last week I informed my wife that it’s time to let go of our CDs. Many of them are still worth money on the second-hand market. Even if they weren’t all of it is loaded onto our computer’s hard drive anyway.

My wife sighed. Like many of us, she feels nostalgia from the good old days when we listened to those Biggie, Tribe, and Beatles albums. She’s still reminisces over the nights when we saw our favorite performers live on stage. We bought CDs from their merch tables and would wait for an autograph on the discs or sleeves after the shows concluded.

My wife finally acquiesced. . .But believe it or not, she wasn’t as receptive at the thought of cutting the VCR. After all, our daughter did watch that old Disney Robin Hood video tape a few months back. . .

The more we get rid of, the more free we become. The less crap there is in our house, the better we feel. There’s room to breathe. We can stretch our arms and legs out like cats in our home again. I don’t think I’ve felt like that since we first moved in.

It sure is nice to have a little bit of extra money in the bank account too. And to have one or a couple bills paid each months from our efforts. And don’t think I’m so naïve to believe that anything we drop off at Goodwill or sell online won’t eventually end up in a landfill or the ocean anyway. 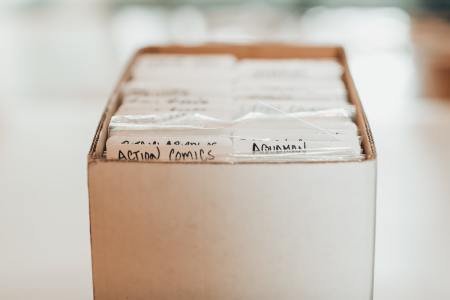 I look back at The CUT, in its written iterations, and in the shape it takes in reality off the internet and my computer. To me, The CUT is today, what collecting action figures, video games, books, movies, and on and on and on. . . was to the first thirty-plus years of my life. The process is bittersweet yet cathartic. It’s painstaking and alleviating. And aside from writing, it’s my main mode of geeking out today.

I hope The CUT leaves you a little bit more inspired to take back control over the too much in your own life as well. Thanks for coming along on the journey with me.

That’s it for this week, but as I said, I get the itch to ditch quite often, so The CUT is sure to return again real soon. Until then, be discerning with your money and your space and time. . .And as always, stay geeky!