The first season for Star Girl is done and here is my spoiler free take on a show I didn’t know I wanted  but I definitely needed.

The truth be told it was the villains driving this show and to have the heroes start off with the big fail was absolute genius (All dead in the first ten minutes). But not only did the villains win the fight hey won the day and then simply vanished raising a ton of questions that helped build the mystery that carried through every episode. Just what have they been doing this whole time? Why have they been here? What is their plan and why is it so bad? What this show has done a great job of is question the line, grayed it if not made a complete blur of it instilling the idea of we are the “bad guys” because the heroes say so. Of course there is waaaay more to it than that under the surface as we see them kill, bully, and impose their will upon people and even their own members of the Injustice Society. It’s not just one episode we see this done but something we see through the entire series and it’s so masterfully done that you as the viewer even start to question your position on the matter.

The Injustice Society  aren’t the only ones surrounded in mystery as we see the fallout of that night from the opening scene through the eyes of Luke Wilson who play’s Pat Dugan (STRIPE) the permanent side kick. This has to be the best character fit for Luke I have ever seen and has proven to be an amazing character in the series over all. His reluctant help in the transition from the old JSA to the new team was a perfect way to explore the former members, their powers, and kind of what happened to them while trying to play mentor to some headstrong teens. I was eager for every episode to see what would be uncovered for the characters that might still show up, Shinning Knight (Never thought I would see this character in a show) being one of them and could possibly see Flash and a Golden Age Green Lantern. Star Girl (Brec Bassinger) does help balance the darker moments with her bright and bubbly outlook always trying to find the positive to a situation. In my opinion it’s not too over the top that it falls victim to the message beating we have seen happen to other shows. 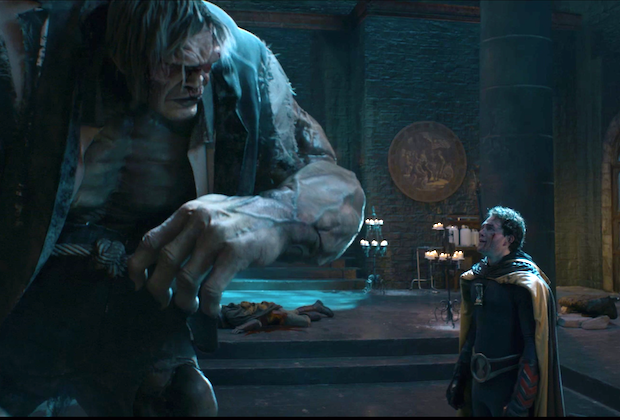 Taking a few comic titles that I didn’t read all that often, with some characters I like and know, some I don’t have an extensive knowledge of and others I’m completely in the dark about. Mixing all of that together for a summer filler show that felt more like a nostalgic high quality spy/hero/good vs. evil mini-series I could ever have imagined from Geoff Johns. This turned out to be a bigger hit than I could have anticipated for me with an unexpected story complemented with quality characters that shine. I will be back for season two.