#NewComicsDay It’s a DC heavy week for sure with some great titles hitting the shelves. Smurf is here with a few other choices to round out his top five sponsored by All C’s Collectibles. In addition to these don’t skip on The Punisher, Silver Surfer, and the Immortal Hulk. Now for Smurfs High Five, and remember to always Stay Geeky. 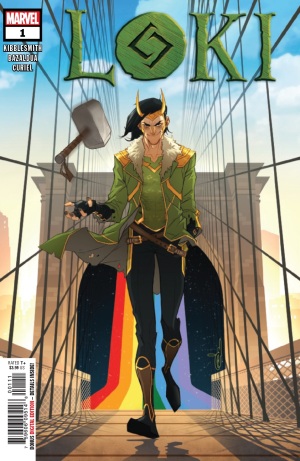 Loki #1> EARTH’S MIGHTIEST HERO! ALL-NEW ONGOING SERIES! After dying a grisly death in THE WAR OF THE REALMS, Loki learned a valuable lesson in warmongering: Don’t get caught. But now he has a whole new set of responsibilities – and his brother Thor is not about to let him walk away from them this time. Late Show and BLACK PANTHER VS. DEADPOOL writer Daniel Kibblesmith takes the god of mischief in a thrilling new direction! (S) Daniel Kibblesmith (CA) Ozgur Yildirim

Smurfs Take> When Marvel has been bold enough to let Loki take center stage it’s been mostly fantastic. I’m still out on the Journey into Mystery Kid version but over all solid story line and most importantly fun. Loved the female version and the unique take on the character and I can only hope this is in the same vain. I know for sure that it’s not going to be dull. 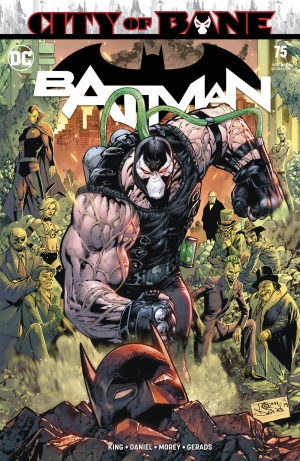 Batman #75> “City of Bane” begins! Bane’s minions have moved into Gotham City, taken control and are ruling with an iron fist-including rounding up any villain who refuses to sign onto Bane’s program-and Batman is nowhere to be found. At least not the Batman anyone knows. It’s like someone has replaced the real Gotham City with a twisted funhouse-mirror version of it. Meanwhile, the real Bruce Wayne is on a spiritual quest to regain his fighting spirit after his showdown with his father in the desert. Can the people of Gotham hold on until their protector is strong enough to come to their rescue? Plus, what does Lex Luthor’s scheming mean for Gotham City when Bane and the villains are already in control? This extra-sized anniversary issue kicks off a new multi-part storyline that ties together all the threads of the first 74 issues of Tom King’s epic  (S) Tom King (A/CA) Tony S. Daniel

Smurfs Take> The Year of the Villain is off and I can’t think of a better start to it in the Batman title. The last issue was everything I could have wanted and now comes the fun of the fall out and what happens next. This is going to be amazing! 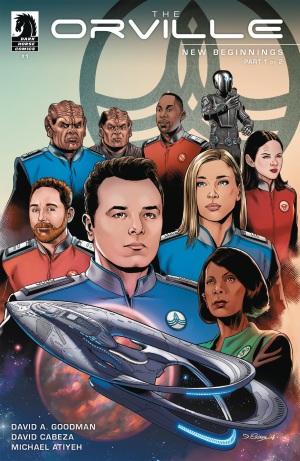 Orville New Beginnings #1> On their way to a fleet conference via shuttle, Ed and Gordon pick up a distress signal from a century-old buoy belonging to a Union ship and decide to investigate. Meanwhile, back on the Orville, Kelly tries to mediate when Bortus insists on enrolling Topa into school even though he is only a few months old. Picks up where season one left off! Written by The Orville Executive Producer David A. Goodman! (S) David Goodman (A/CA) David Cabeza

Smurfs Take> The surprise hit show for me if I am totally honest. The second season proving that sticking it through the rough first one was worth it. It’s hard to say what the one thing was that won me over but I’m seeing it through. Now comes the comic and I am having a flashback of when Star Trek Next Gen first hit the shelves. It was fun at first but then the novelty wore off and preferred the show, wonder if the same thing will be said here. The shows are remarkably different yet the Orville still has that comfortable feel and maybe that fun touch a comic needs. 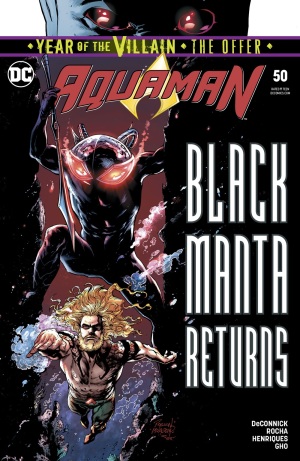 Aquaman #50> As Aquaman settles the Old Gods of Unspoken Water into their new lives in Amnesty Bay, Jackson Hyde, a.k.a. Aqua-lad, seeks out Aquaman to be his new mentor! Back in Atlantis, Mera makes a move that shocks the Widowhood. Meanwhile, Black Manta, recently kicked out of the Legion of Doom, prepares to make his next move against his greatest nemesis…but Lex Luthor is about to make him an offer he can’t refuse. Don’t miss our landmark 50th issue and the start of a brand-new story! (S) Kelly Sue DeConnick (A) Daniel Henriques (CA) Jason Paz (A/CA) Robson Rocha

Smurfs Take> One of the best villains in the DC universe! That is all. 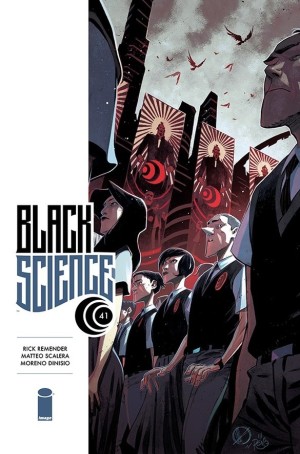 Black Science #41> “NO AUTHORITY BUT YOURSELF,” Part Three (of Four) The chaos of the Eververse has been brought to heel. But is a world of perfect order any less nightmarish? Don’t miss out on the penultimate issue of BLACK SCIENCE! (S) Rick Remender (A) Moreno Dinisio, Matteo Scalera

Smurfs Take> With the end of Walking Dead and no return of Saga in sight this is Images biggest hit right now. The twists, turns, characters, and great storytelling it’s hard to have another title come close.